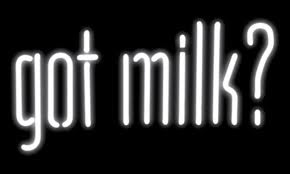 NCIS, CSI, Law and Order Special Victims Unit, and other investigative criminal law shows exaggerate and magnify DNA evidence. DNA evidence is not the lock and key, smoking gun evidence that these shows make it out to be. Rather, DNA, in some cases, is really nothing other than another piece of evidence that may not actually be very probative.  A good criminal defense attorney, with experience in cases involving DNA evidence, will assist you in determining what the DNA evidence in your case means for you.

In a sexual assault case, for instance, DNA found at the "scene of the crime" may be a smoking gun, or it may be meaningless in the case analysis.  You must have an attorney who knows the difference.  If Harry and Sally are roommates, and Sally says Harry sexually assaulted her, Harry's DNA evidence in Sally's bedroom does not necessarily provide the State a "smoking gun."  Harry's DNA may not be a foreign substance in Sally's bedroom.  Harry could have legitimate reasons to be in Sally's bedroom.  Harry could have been in her room to obtain items for her; he could have done laundry for her and/or a DNA transfer could have occurred by touch, via skin cells sloughing off, by sneezing, by scratching himself on a dresser and causing his leg or arm to bleed, by fabric to fabric transfer, or by shedding skin cells due to a very bad sun burn, among other things.  The presence of DNA, in these instances, would not necessarily prove anything other than the fact that Harry lived in the same home as Sally and had been in or around her bedroom.

DNA evidence would be more probative, and worrisome, should Harry's DNA evidence be found on or in intimate portions of Sally's body, in her underthings, or in her bed sheets.  Surface areas in Sally's bedroom, like the bedspread, a blanket on top of the bed, carpeting, or other parts of the room would not really prove anything other than that Harry was in Sally's room, or that Harry had contact with something that was in Sally's room sufficient to cause a DNA transfer.

The only way the DNA evidence would be more akin to the  "smoking gun" it is made out to be on television,  would be, barring issues with the lab conducting testing or police procedure,  if Harry's DNA, specifically semen, was found in Sally's body in a case wherein Harry adamantly denied having sexual relations with Sally.  Even under these circumstances, Harry may have denied sexual relations falsely; the police may have inaccurately recorded his statement, and/or there may be circumstances that arise through an investigation of the case that allow your lawyer to mitigate this type of DNA evidence.

The bottom line is, DNA evidence in a case does not equal a long slow guilty plea; although, all too often, clients are provided with this doomsday prophesy at the beginning of a case and offered no options.  So, if you "Got DNA,"  ensure your lawyer has training and experience in investigating and dealing with cases involving DNA evidence in order to counter DNA evidence with cold, hard facts.  Stay tuned for more DNA information, as there are many aspects of DNA usage in criminal cases that often make DNA a source of misinformation, rather than cold, hard evidence...

*Nothing written or stated in this blog is meant to be legal advice forming an attorney/client relationship.  The statements are the opinion of the blogger only.
Posted by Megan at 7:32 PM