You Gotta Fight for Your Rights--What do the Beastie Boys have to do with your Custodial Rights?

Are you a noncustodial parent who is being thwarted in your attempt at a relationship with your kid(s)?  You are not the only one, and the law may be more on your side than you realize.  I have had many fathers and mothers come into my office, at Noel Law, with just this problem.  I look them in the eye and quote those bastions of witty lyrics, the Beastie Boys, and explain, "You gotta fight for your right.." You catch my drift. 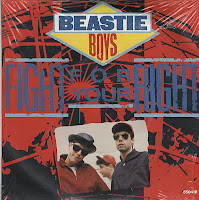 A noncustodial parent and/or father in a paternity action who desires a more active role, or any role at all in his/her child's life, has recourse in the law.  Will this be an easy road? No, as nothing that matters ever is; however, if you get the right attorney, she will work for you, evaluate your case honestly and fairly, and let you know what may and may not work for you.

In Indiana, unless a parent has given up rights to a child, a parent generally has rights to parenting time with the child.  A parent is also the presumptive placement, or the person with whom the child should be placed, for the child's best interests, in lieu of a non-parent, including grandparents and other blood relatives.  Thus, courts should, and mostly do, take interference with your parenting time rights seriously.

There are several ways to bring issues related to parenting time to court.  An attorney, upon a consultation with you, would be able to tell you which is best suited to your individual case.  You may be in a position to do a motion to modify custody.  In order to do so, there would have to be a substantial change in circumstances.  This means you won't get very far in a modification action if you are just asking for modification because you are angry with the other parent or don't like how they make decisions.  A substantial change generally needs to be something major, like the child has needs that have changed and can be better met by you (not the child gets to do more if he/she is with you) or the other parent has lost a job and home and/or has ceased adequately caring for the child.  There are circumstances in between these extremes, but the extremes make the point -- the burden on modification is nothing to sneeze at, and modification should be requested only when legitimate.  An attorney may also advise you to file a Motion to Show Cause and Citation. This is an action allowing you to let the judge know the other parent is not complying with the Judge's rules.  This is a good way to get the issues that may not rise to the level of modification into court if the other parent will not be reasonable.  A Judge will want the other side to "show cause" why they are not following the judge's orders.

Court should be a last resort in child custody or paternity actions, as the best thing for the kids would be for parents to work things out amicably. However, that doesn't always happen.  When you do have a problem necessitating further action, don't give up and believe you have nowhere to turn or no recourse.  You have to FIGHT FOR YOUR RIGHTS.


*Nothing written or stated in this blog is meant to be legal advice forming an attorney/client relationship.  The statements are the opinion of the blogger only.