Second Chances? Are you able to Clean the Slate? 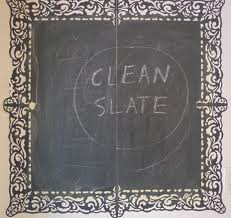 The legislature and governor have finally figured out that everyone makes mistakes, but that no one should be judged by them forever.  Thus, when July 1, 2013, rolls around, Indiana Law will change, and Indiana Code Sections 35-38-5-5.5, and  35-38-8 will be repealed. These sections allowed for restriction of criminal conviction and arrest information.  These two statutes were a good start in obtaining a second chance, by allowing for restriction, from public sight, of older convictions.  However, Indiana is proving that it is willing to go one step further.

Under the new Indiana Code Section 35-38-9, effective July 1, 2013, entitled, "Expungement of Conviction Records", the legislature and governor have shown commitment to those who have done their time for their crime.  The new statute, although cumbersome to navigate, essentially allows for the expungement of criminal records for certain lower class felonies and most misdemeanors, provided 10 years has passed since the person's conviction and/or five years has passed since the person's sentence was completed, whichever was later in time. 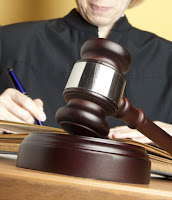 The new Expungement Statute also takes away a judge's discretion with regard to restricting access to arrest records when a person petitions for his/her arrest record to be so restricted, so long as there are no pending charges, and no conviction was obtained. The petition to expunge an arrest record may be made at anytime after the arrest.  This is new, and is less of a burden on the person arrested. Under the current law, a person with an old arrest on his/her record, has a more lofty burden of proof to remove said arrest from the record, and the judge hearing the petition has ultimate discretion regarding whether the record will be restricted.  The new law, going into effect July 1, 2013, will provide more consistent treatment of persons in Indiana, negating effects of different judges, prosecution philosophies, and personal biases.

An attorney can assist you in obtaining relief from this new provision of Indiana law, after July 1, 2013.  It may behoove you, or your friend or family member, to talk to one of us, to determine if your past mistakes can be erased, allowing you to start with a clean slate.  While the law is there to help, you will not get the relief you desire if you do not ask for it correctly and follow procedures in the right manner.

*Nothing written or stated in this blog is meant to be legal advice forming an attorney/client relationship.  The statements are the opinion of the blogger only.
Posted by Megan at 5:36 PM