Who Let the Dogs Out? Part One 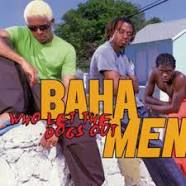 I recently read an article on Facebook about a kid in Tennessee pulled over at a DUI checkpoint. The kid left his phone on video during the stop, and he politely, but firmly, refused to roll his window down any further than a few inches, and things degenerated from there. He was not asked if he had been drinking, and the officer, in his brash and loud voice, never commented that the kid smelled like alcohol, acted drunk, or had any contraband. In fact, the officer proceeded to force the kid from his vehicle, never tested him for alcohol, let his police dog scratch all over the vehicle (wherever the cop put his hand, which caused improper alerts by a canine trained for sweeps), and then searched his vehicle claiming the dog "alerted", all while another officer is saying something about the kid knowing his rights and being innocent...  The officers, according to the story, found nothing.  See the following link for more details from:  Huffington Post Crime.

This newsworthy article, brings up two very valid questions: when may the cops use dogs in order to search you, your vehicle, or your home?  And, when do the dogs actions warrant that more invasive search?  These are both good questions. Searches with dogs are a very tricky constitutional proposition.  This blog post will focus on the first question, when may the dogs be let out ... that is the initial question!

The police frequently use their canine sidekicks to obtain a more invasive view into your personal space.  However, as you know, you have a Constitutional right, pursuant to the Fourth Amendment, to be free from unreasonable searches and seizures.  So, is using the superior olfactory senses of a canine unreasonable?  Essentially, the answer is, it depends!

Indiana Courts have determined a canine (sniff) sweep is not a search under the Fourth Amendment and its Indiana counterpart. If you have been lawfully detained, and the cops do a canine sweep prior to your lawful detention ending, the courts will say that the canine sweep is fine and not a "search".

However, if your lawful detention has ended, an officer must have something called "reasonable suspicion of criminal activity" in order to subject you to a canine sweep.   For instance, at a traffic stop, an officer must have a reason to lawfully detain you, like speeding, driving left of center or failure to yield, among other things.  If the officer has a canine sweep (sniff) your vehicle while he's got you stopped for the offense, the canine sweep will not be considered a search. However, if the officer had completed your stop, received your information from dispatch, given you a ticket, and then decided to do a dog sweep, the dog's sniff of your vehicle, even if it resulted in a finding of pot or other drugs, will likely result in suppressible evidence, perhaps allowing you to avoid a conviction for the possession of said drug(s).

If the cops have "let the dogs out" on you, you need to have an attorney who knows the law accompanying searches and seizures, as well as the law regarding canine sweeps, in order to determine if procedure was correctly followed.  You will also need to carefully describe to your attorney all circumstances you remember about the stop or detention, as the next step in the analysis may be whether an officer had reasonable suspicion that criminal activity was afoot, and whether the particular canine in question was qualified/trained to do said sweep, actually alerted, and was properly handled at the scene.  These are other areas of the law that are highly subject to interpretation and should be scrutinized in each canine search case, in an effort to ensure your rights are preserved.

*Nothing written or stated in this blog is meant to be legal advice forming an attorney/client relationship.  The statements are the opinion of the blogger only.