Well, folks, I have to make some comments about being back home again, in Indiana.  Yep, I'm glad to be home, closer to family and lifelong friends, but I'm absolutely confused and disappointed in ye ole home state.  Yes, this is a law blog, but you have stepped right into massive opinion station on this post.

If you're a loyal blog reader, A. I appreciate you, and B. you'll recognize the topic.  If you're not, you will either promptly delete me from your life, or you will decide I may not be half bad to read. I'm not really concerned with mediocre feelings and don't tend to evoke them.

In my previous post, on June 26, 2013, regarding the United States Supreme Court chiseling away at DOMA, a/k/a the Defense of Marriage Act, I mentioned several possibilities about our nation's potential move toward equality for same-sex marriages, as well as the interplay of the Full Faith and Credit Clause with DOMA's evil section 2, which allows State's to continue to discriminate against same-sex marriages, despite the Feds finally getting a small, but forceful clue on the situation.

Meanwhile, back at the ranch, farm or cornfield, otherwise known as the Indiana House of Representatives, and Senate, HR-6, a/k/a House Resolution 6, purports to change the Indiana Constitution Article 1 by adding a Section 38, declaring as follows:

To be clear, I have nothing against ranches, farms or cornfields, as I've lived near them all of my life and believe they are vital to the economy, our ability to feed the masses, etc.  However, I do have something against government and the general public having so much to say about what occurs in the bedrooms, living rooms and kitchens of the aforementioned ranches and farms with cornfields, livestock, etc.  The problem I have is:  WHY DO WE CARE SO MUCH?

Domestic and family violence is a horrific plague upon homes in all socioeconomic classes. As a former prosecutor, I attest to the inadequate resources that exist for law enforcement to adequately handle these cases, and the inadequate community resources that exist to aid in prevention.  However, there is no publicized and radical legislation to increase penalties for repeat offenders.  There is no legislation affording funds to provide for training of prosecutors, law enforcement, and counselors to deal with these types of crimes and their aftermath.  Yet, we have a constitutional amendment proposed, to place in the Indiana Constitution, an amendment indicating two persons of the same-sex may not be married in Indiana, and any previously obtained marriage, valid in another state, may not be recognized.  Indiana already has (unfortunately) laws, invalidating and disallowing same-sex marrage.  For a review of these antiquated laws, click on the following Indiana Code Sections: 31-11-1-1, 31-11-4-2, and 31-11-11-7.
So, it's interesting in times of economic strife, health care strife, arguments and all around buzz, and state budgets dwindling, that some groups in Indiana decide to attempt to un-Constitutionalize same-sex marriage, you know, the type of marriage that was already illegal.  It's also interesting that two people's relationship, if they happen to be of the same sex, takes up so much congressional time, both in Indiana, and federally. Frankly, I should think we have actual issues to deal with in our less than perfect world.   Why the consistent begrudging of people's happiness?

I know my questions have been asked before, and I'm may not be bringing anything all that new to the table. But, I had some outrage, and I felt like sharing.   I appreciate your time. 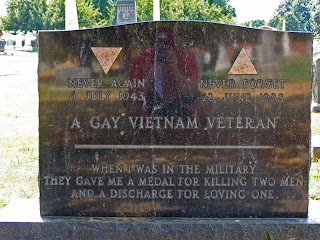