What's Love Got to Do with It?

Tina Turner asked a great question, and sometimes, this blogger believes she was singing for all those involved in a custody battle. Often, when one is involved in custody issues in Court, love goes out the window. Custody determinations are to be made pursuant to the best interests of the children. Too often, however, the fight over custody modifications or determinations revolve around how much the former spouses can throw at each other.  The answer to Tina's question is, love has nothing to do with it. 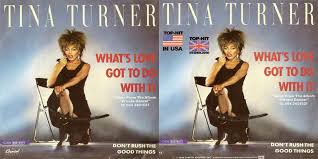 Is any of this in the best interests of the kids?  As a former prosecutor, defense attorney, and an attorney who has represented countless persons in custody battles, this writer's answer is a resounding no.  Adult anger leads to damage to kids. So, how do you "fight" for custody without increasing the trauma of divorce for kids?  There is no magic formula and no guarantee, however, you can engage in fair and productive discord over custody without engaging in mudslinging, anger and fear-based reaction to divorce.  How can you do this?  First, talk to your attorney. Let your attorney know your concerns, fears and best case scenario on custody. Second, remember that you want your kids to be taken care of and to know that the parental split does not reflect on a split in love for them.  Third, listen to your attorney and allow the attorney to engage in any needed confrontation regarding custody issues.   Fourth, find an attorney that can assist you in productive discord while standing up for your rights.  Otherwise, damage will be done to all...


*The opinions expressed are of the blogger only and were not intended as legal advice or as an avenue to open a lawyer-client relationship.
Posted by Megan at 7:36 PM 6 comments: