Born This Way - You're on the Right Track 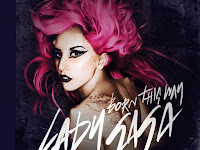 What's all the fuss with schools and your friendly neighborhood Target allowing people to go to the restroom in the restroom within which they gender identify?  It's such a big issue that 11 states have sued the Obama administration for Obama's stand on allowing kids to go to the bathroom based upon their gender identification, rather than their biology. And, lots of people are angry with Target because Target allows the same.  This blogger thinks Lady Gaga was on to something -- if you're born that way, i.e. identifying one way, despite biology, so be it. Who cares where you go to the bathroom?  What right do we have to tell you differently? Haven't we already provided enough trauma and divisiveness in our society to people based on gender, race, religion, etc.?  Perhaps we should stop, review history, and grow up as a nation, like Obama and some progressive courts in our land are trying to do.

Obama wrote an executive order providing guidance in education circles regarding transgender bathrooms, etc. Now, states are suing the feds to say, "Hey, step Off.."  Obama, progressive in thought, albeit flying in the face of Congress, who is too busy yelling at each other to do anything, said, take people as they come, i.e. as they identify.

When this post was started, the heat was on to accept the new status quo. Now, there is a case ongoing that is calling this order into question. The Supreme Court granted a stay (or hold) in this case, in order to determine if it is going to take a case about a 17 year old transgender boy (born female but identifies male) who wants to use the boys' bathroom in his Gloucester, Virginia school. He was to be allowed, but people made a fuss in Court about it, and now, it's up for review before the Supremes.  Until the Supreme Court granted the stay for review, the Department of Education was telling folks to allow transgender students to go to the bathroom at which they identified, just like Target. But, now, we are in a holding pattern.

The problem is, we are at another crossroads for discrimination based on gender.  What are we doing about it?   We are spending, as a nation, a lot of money; that's what we're doing. Appeals, writs of Certiorari (how you get the case to the Supremes), and having an attorney write for the Courts is not cheap. So, rather than live and let live, we'll spend and spend to argue about how a kid, already going through hell, should be able to or not be able to go to the bathroom.  The playground bully is bad, but society's fight to keep a kid out of a bathroom is terrible.  If you're born this way, why can't you live this way -- the way that allows you to be a person that others respect for yourself, not because you fit in a mold that someone finds acceptable?

*The opinions expressed are of the blogger only and were not intended as legal advice or as an avenue to open a lawyer-client relationship.
Posted by Megan at 7:54 PM