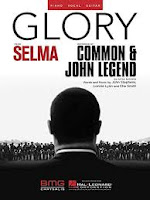 My name is Megan Schueler. I'm the white daughter of a Welsh/Irish descent mother and German descent father. I have fair, rosy skin, blond hair and blue eyes. I grew up in a middle to upper middle class home; I had it pretty good.  I am privileged, and I know it.  I neither created my privilege, nor do I try to take advantage of it, but I know it's there and have seen it in action.  If you haven't figured it out already, this blog is going to be different from the normal blog I write.

As my readers know, I am an attorney. What you may not know is that my family adopted three kids from Korea. My sisters and brother from Korea have experienced systemic racism. They do not get the same treatment as other people of color, but I have witnessed my sister get followed around in department stores because they assume she will steal. I have heard my other sister tell me that she has been asked what country she comes from over and over at her job, including people telling her she speaks English well for a foreigner.  My brother has expressed feeling he has missed out on opportunities and being looked at differently because of his race.  Since 2016, I have been concerned for my siblings, as there has been a significant amount of anti-foreign sentiment in the U.S., and one of my sisters was told to go back where she came from while she was at a store. Moreover, one of my sisters, a U.S. citizen, had to provide extra documentation to enter into the new health insurance plan at work because of her naturalization status, despite having worked at the company for over 10 years.

I have represented people of color for divorces, criminal cases, orders of protection , and various civil matters in several jurisdictions in four states. I have witnessed the different reactions in our justice system when people of color enter it.  If a person of color enters, assumptions are made - sometimes more bailiffs are called to be in the courtroom or  asked to be available. Judges or court staff may ask if the person needs an interpreter if the person looks differently. Looking differently means not looking like a Caucasian.  In criminal matters, a person of color starts at a disadvantage.

In 2017, Black people had six times the incarceration rate of White people, and Hispanic people had double the incarceration rate of White people according to pewresearch.org.  While people of color consisted of 36% of the adult U.S. population in 2017, they represented 70% of the prison population, according to pewresearch.org.  In 2017, White people made up 64% of the adult population but only 30% of the prison population.  A Counsel on Criminal Justice study revealed that, while some disparities have lowered between 2000 and 2016, regarding incarceration rates, they remain disparate, as noted by Pew, and people of color would look at a longer incarceration stay for similar classes of crimes committed by white persons.

When I worked in as a federal public defender, I personally witnessed that white collar crimes are committed, on the whole, by Caucasians, more often than by people of color;  this is also born out by statistics, with which I will not bore you. This "white" crime is treated far less severely than other general offenses. For instance, in a battery offense, only one individual is harmed. In a drug offense, there is usually a small group of persons harmed (unless there is a drug network in play).  In property damage cases, typically, property of one or a few persons is damaged, and so on. In the white collar crimes, like fraud, mortgage fraud, securities fraud, "Ponzi" scheme cases, etc, large swaths of people are damaged. Life savings, homes, pensions, investments, and ways of lives are damaged by a (typically) white guy sitting in an office, cooking up a scheme.  That behavior destroys more lives and causes more overall damages to society as a whole than the typical assault or battery; however, that behavior is treated with less prison time, less culpability and gets "white-washed."

The  Declaration of Independence says that "all men are created equal" and "are endowed by their creator with" ... "life, liberty and the pursuit of happiness."  Yet, the United States Constitution still required the 13th Amendment to abolish slavery -- with the caveat that a person could still be enslaved if they were a criminal or owed money... So, which is it?  Also, what about women? Are we created equal too?  America has an unfortunate history of making bold assertions but failing to live up to its promise of freedom and liberty for all. America is often a shining beacon of hope and democracy; however, it simply has never been that beacon for all of its people at once, especially not for those persons of color that live within its borders.  The blindness to this false dichotomy of treatment now has our nation in uproar and tumult. The "justice" system clearly does not treat people of color the same as Caucasians.  The police do not treat people of color the same as Caucasians.  People of color deserve to be treated with the same dignity, respect and acceptance!  The American promise of equality, equal protection and pursuit of happiness needs to be examined, upheld and kept...  The problem is, we all have to take a good hard look at ourselves, our neighbors, and our society. That's hard work, but it's something we are all capable of, if we take ego and political ideology out of it.  We just need to be people, trying to move forward as a nation.

I find that many of my fellow white people find it difficult to hear "White Privilege" and misunderstand the anger and frustration behind Black Lives Matter and protests.  This bothers me more than I can say. Look, if the biggest issue is property destruction for you, I get that. No one likes it; it's not cool; I do not advocate it on my blog.  However, the protests, the outcry,  and the concerns felt by many Americans are about much more than making someone feel uncomfortable about talking about any privilege.  I get that there are poor White People who say - "What the heck, I had nothing -- Where's my privilege?" There are middle class and well-off white people saying - "Hey, I worked for my things - Where's my privilege?"

The privilege I am talking about is not monetary or material -- it is an intangible you never had to think about at any time.  When you go to work and most people look like you because you are white (yes, there are exceptions), you experience a sense of belonging and do not have to adjust yourself to fit a mold made by the majority. When you went out to ride on your bike or drove your car, your mom or dad didn't need to be concerned about you getting stopped by the police.  This is not true for people of color.

This doesn't mean that moms and dads of people of color think their kids are going to do something bad -- no, it means they know what their kids are up against when they go out into the world.  A person of color cannot hide the color of their skin - it's always there, open and notorious for the world to see.  While there are, as you will be saying to yourself (if you are denying your white privilege or feeling uncomfortable), plenty of good cops, there are plenty of cops who -- good or bad -- are either purposefully rascist or who have fallen victim to the structural racism inherent in our system.  We live in a world where there are so many shades of gray, but people have dug into seeing only black and white. Ironically, that is our biggest problem.